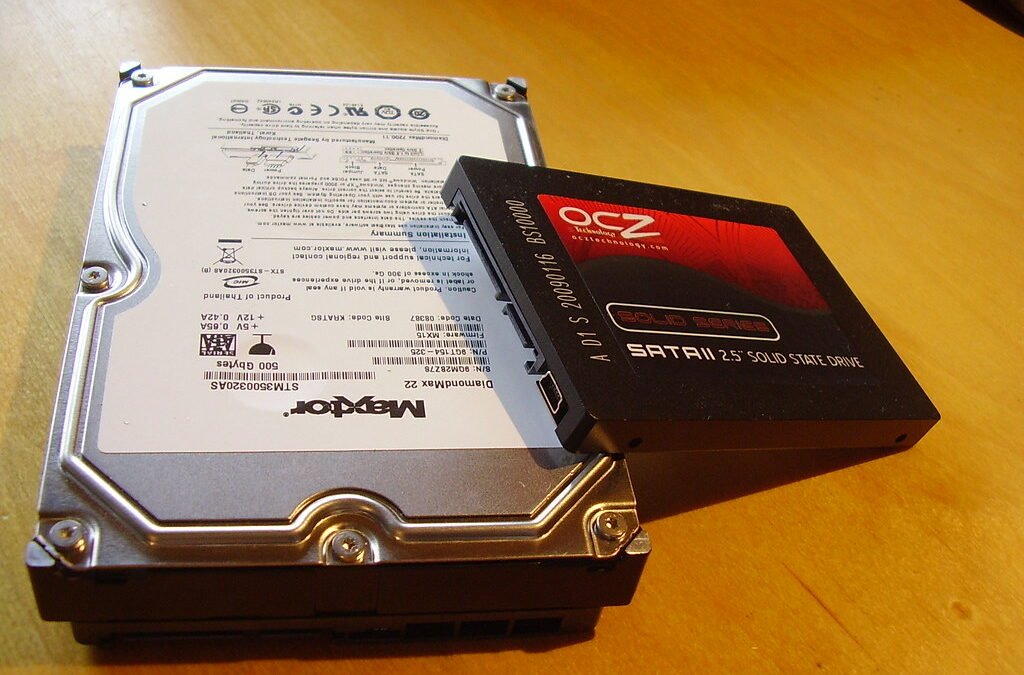 What is HDD and SDD?

Before explaining a crash, we need to understand the different types of drives available. The most common and cost effective is the Hard Disk Drive (HDD). A HDD is an electro-mechanical data storage device that stores and retrieves digital data using magnetic storage and one or more rigid rapidly rotating platters coated with magnetic material. The platters are paired with magnetic heads, usually arranged on a moving actuator arm, which read and write data to the platter surfaces. Data is accessed in a random-access manner, meaning that individual blocks of data can be stored and retrieved in any order. HDDs are a type of non-volatile storage, retaining stored data even when powered off. Modern HDDs are typically in the form of a small 3.5″ rectangular box

So why does a drive crash?

What would cause a hard drive to crash? There are many reasons, although the unfortunate computer owner might never know which reason caused the crash. One reason is mechanical failure. The hard drive is one of the few moving parts in the computer. Nearly everything else is circuits and chips. Hard drives contain several horizontal magnetic platters supported by a vertical axis or spindle. These platters spin at amazing speeds while the computer is active. Read-write heads of the hard drive float over these platters, reading or writing data to the magnetic platters. A mechanical drive crash might be caused by the motor wearing out. An extreme bump or jolt might also cause the read-write heads to impact the surfaces of the platters. Newer hard drives are called SSD (Solid State Drive) . Although they do not have moving parts, they are still susceptible to failing because of Read/Write Life.

Electrical events can also cause a hard drive to crash. The computer’s power supply converts regular household current into tiny currents and voltages suitable for the delicate computer components. An electrical spike, such as a nearby lightning strike, can cause a hard drive to fail. Electrical surges are likely to cause many computer components to fail, in addition to the hard drive crashing. All computers should have surge protection devices, and should be turned off and unplugged during electrical storms. UPS (uninteruptible power supply) is recommended. These allow for proper shut down time without surging off.

When hard drives crash, the data they store are almost always destroyed too. There are specialty companies which might be able to recover the data. However, this is too expensive for the home user. It is best to keep multiple, up to date backups. Backups are the best defense against hard drive failures. With the advent of faster internet connections and more computing power, cloud back storage is the cheapest and most reliable

Have all your installation paperwork together, and a list of websites from which you have downloaded software. We recommend keeping a written journal of all software purchases (yes written! The power of the pen!) and username/passwords.

Businesses with important customer files should consider RAID drives. RAID is a data storage virtualization technology that combines multiple physical disk drive components into one or more logical units for the purposes of data redundancy and performance improvement.

Preparation and vigilance are the best tools against the chaos caused by a hard drive crash.